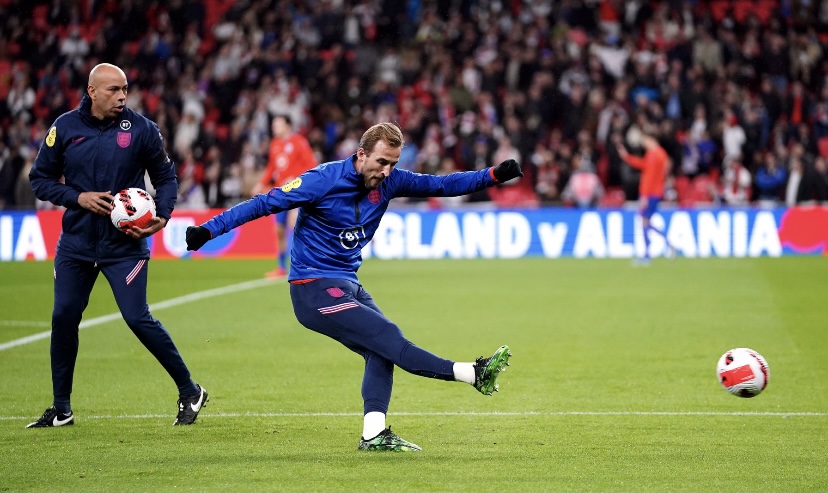 Kane scored four times in the first half to take his tally to 12 goals and one ahead of former leader Memphis Depay. Barcelona attacker Depay is on 11 goals and he has the chance to draw level with Kane or move ahead of him when the Netherlands take on Norway at home on Tuesday night in what’s their final World Cup qualifier in Group G.Depay and the Netherlands need a point to seal their place at the Qatar 2022 FIFA World Cup tournament as Group I winners ahead of nearest challengers Turkey and Norway.

On the list of the leading goalscorers in the UEFA section of the qualifiers, three players are joint third with three goals and they are Poland national team skipper Robert Lewandowski, EranZahavi of Israel and Serbia striker AleksandarMitrovic. Lewandowski, Mitrovic and Zahavi have all scored eight goals each in the qualifiers.

Fulham star Mitrovic came off the bench to score the winning goal on the stroke of full-time as Serbia came from a goal down to beat hosts Portugal 2-1. He was able to score his eighth goal of the qualifying campaign for the Qatar 2022 World Cup tournament. Cristiano Ronaldo was unable to prevent his team froma defeat that has condemned them to the playoffs.

Cristiano Ronaldo is one of four players on six goals in the qualifiers and they are joint sixth on the list of the leading goalscorers. Apart from Cristiano Ronaldo, Finland striker TeemuPukki, France World Cup winner Antoine Griezmann and Israeli striker MunasDabbur are also on six goals.