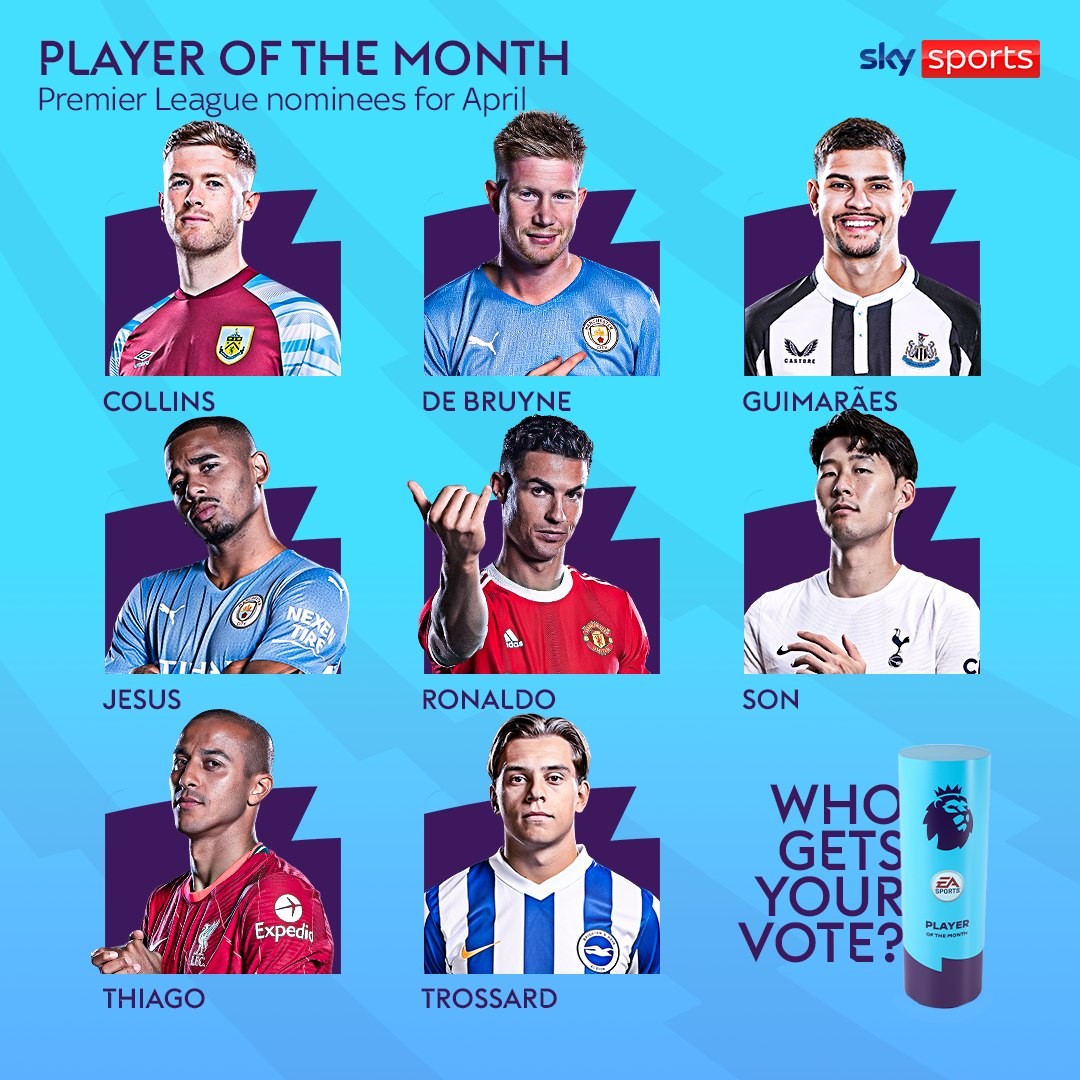 The former has found the back of the net four times in April, including a hat-trick against Norwich City and his 100th Premier League goal when the Red Devils face Arsenal. Sky Blues’ forward Jesus has been in fine form in front of goal for Pep Guardiola’s side. The Brazilian most notably bagged a quartet of goals in City’s 5-1 drubbing of Watford last month, while also netting against Liverpool in their 2-2 draw at the Etihad Stadium.

As for De Bruyne, the Belgian maestro was a key player to Guardiola’s team remaining top of the table. The Belgian contributed to five goals last month, scoring twice and registering three assists, including a half-volley in the six-yard box against Burnley. Fans of both United and City will be able to vote for either of the trio via the EA Sports website.

The vote closes at 12pm BST on Monday 9 May with Ronaldo, Jesus and De Bruyne facing tough competition for the award from six other candidates. Nathan Collins (Burnley), Bruno Guimaraes (Newcastle United), Son Heung-Min (Tottenham Hotspur), Thiago (Liverpool) and Leandro Trossard (Brighton & Hove Albion) are amongst other names in contention.

The winner of the award will be announced next week, with votes cast via EA’s website being combined by those from a list of football experts to determine who is April’s Player of the Month. Ralf Rangnick’s side began May with a 3-0 win over Brentford on Monday at Old Trafford, while the Sky Blues are yet to feature this month in the league due to their commitments in the Champions League.